This article explores what cervical mucus is, its functions and how we can use body literacy to decode its messages. The mucus can tell you a lot about the general health of your body and the healthy quantities of hormones circulating in your body. The videos that you find at the bottom of the article are about cervical mucus and are subtitled in English.

Charting cervical mucus can give you clues about hormonal changes and your health, every day. Understanding this language helps you understand when you have ovulated, and allows you to understand if something is wrong – for example an infection or hormonal imbalance.

What is the role of cervical mucus?

How to observe cervical mucus

The cervix is a channel that connects your uterus to the vagina and vulva. The cervixhas glands inside it that produce a mucus. The quality, quantity and consistency of the mucus vary depending on the phase of your cycle. Each of us has an individual mucus, but it follows a consistent pattern – like a tide (as do other bio-markers, such as basal body temperature or the cervix itself).

The changes that take place concern the quality, quantity, consistency, and function of the mucus. These changes respond to the hormonal changes in your body.

Our two ovarian hormones, estrogen and progesterone, stimulate and inhibit the production and quality of cervical mucus, respectively. Let’s see how.

In the first days of the cycle, both estrogen and progesterone have low levels. The cervix does not produce visible mucus and in any case you would not be able to distinguish it, since it will be mixed with the blood, endometrial tissue and the unfertilized egg. The sensation is one of warm wetness.

At the beginning of the follicular phase, estrogen begins to rise. Higher amounts of estrogen correspond to the first appearance of cervical mucus. However, it is likely that in the first few days after the end of menstruation, you will not see it. These days, when you wipe with toilet paper, you will feel neutral or dry. At this moment the mucus is highly bacteriostatic, and under the microscope it looks like an inextricable network, like brambles, which traps the sperm and does not allow it to navigate through. Moreover, its sticky consistency serves to create a plug around the cervix that prevents the passage of pathogens, or sperm.

As the days go by, you begin to notice a little bit of mucus on the paper, and it will have a lumpy, dense, sticky consistency. On a 28-day cycle, the mucus generally begins to be visible around day 7/8.

After a few days of absence or extreme stickiness, the mucus begins to appear more abundant, creamy but still opaque. The quantity may be greater, and it may reach your underwear. The colour tends to whitish or yellowish. We are around day 8/9 of our hypothetical 28-day cycle, and it is likely that you will begin to feel a moist sensation at the entrance of the vagina, or when you wipe the toilet paper. Moist means that toilet paper offers less resistance and friction than the previous phase. Estrogen levels are getting higher and higher and so are cervical mucus levels.

As ovulation approaches, cervical mucus production increases exponentially. The mucus now appears similar to egg-white, tends to clear and transparent or with white streaks, and is stretchy and elastic, i.e., you can extend it into an elastic thread several centimeters between your thumb and index finger. Sometimes it is so liquid that it “disappears”, that is, it is like water and becomes invisible.  These days the feeling is wet and slippery, oiled, both when you walk and when you wipe yourself clean. The peak of estrogen that occurs just before ovulation is responsible for these changes. Under the microscope the mucus now appears with small channels with a typical fern structure, which function as “highways” and help the sperm to launch itself into the uterus. It also contains organic compounds, glucose and proteins that are able to feed the sperm for up to 5 days. Not only that, it is also able to select the strongest sperm from the weakest ones, and favours the former.

After ovulation, the mucus changes abruptly. Within 24-48 hours after ovulation, the mucus reduces in quantity and becomes significantly tougher and stickier. It’s back into its “bramble” shape, which prevents the sperm from moving. Progesterone, whose production increases significantly within 24 hours after ovulation, inhibits the production of cervical mucus. You may therefore notice very little mucus, and it may disappear completely. It may reappear one or two days before menstruation. This is normal and not a sign of hormonal imbalance or fertility (if ovulation was indeed confirmed). Simply, the cervix is lowering and opening, in preparation for menstruation, and therefore a little bit of cervical mucus may appear to the eye. In addition, levels of estrogen and progesterone are decreasing and it is possible that progesterone will drop faster than estrogen, which will therefore result in a small production of cervical mucus.

Everybody is different, and it’s possible that things may not work out exactly as described above for you. The variations described may not all be there, for example. Monitoring your cervical mucus every day for several cycles will make you appreciate your own rhythm, which will be consistent cycle after cycle, except for unforeseen events and during perimenopause or puberty (see below).

How to read the alarm signals triggered by the cervical mucus

The mucus tells us how much estrogen and progesterone we have on a given day. These two hormones are crucial for our well-being and fertility, which is not reduced to biological fertility (having a baby), but extends to mental, emotional and creative fertility. A healthy alternation of the two hormones tells us about a healthy body, a clear and calm mind and a resilient and fertile emotional health.

Without creating unnecessary and harmful alarmism, let us now see what are the possible signs of potential imbalances communicated by the mucus.

Fertile mucus that appears, disappears and then reappears – delayed ovulation

First of all it is important to remember that while the duration of the lutea phase is constant for each of us, cycle after cycle, and must last from 12 to 16 days, ovulation can vary by a few days, sometimes even several weeks. The reasons are varied and include illness, medication, travel, routine changes, emotional or physical stress (and therefore also sports or intense diets). It is therefore inaccurate to think: menstruation is late. In reality it is ovulation that has occurred later than usual, while the lutea phase is constant.

Let’s say you usually have a 28-day cycle (but remember, any length between 23 and 35 is healthy and normal). Around day 10 you begin to notice more abundant and creamy mucus. As you get closer to day 14 it becomes more and more transparent and stretchy. Then it suddenly becomes sticky again and disappears, let’s say on day 16. You may think: okay, I ovulated. Actually, the marker of ovulation (the one that gives you mathematical certainty and makes the symptothermal method more reliable than the combined oral pill) is not the cervical mucus but the rise of basal body temperature. Let’s say that you monitor that too, and on day 16 you don’t notice any increase. This means that for some reason ovulation was stopped or postponed. Within some time, the mucus will become clear, transparent, flowing, wet again, and ovulation will probably occur. As a result, this cycle will be longer than usual. To know how long, just add the duration of your lutea phase (let’s say it is always 14 days) to the day your basal temperature started to rise. Let’s say it rose on day 20, so 20+14= 34. Your cycle will last about 34 days.

As we were saying, progesterone inhibits cervical mucus production. Progesterone dominates the luteal (post-ovulatory) phase, while estrogen dominates the follicular (pre-ovulatory) phase. Even in the luteal phase you will have a little bit of estrogen. If, however, for some reason, you find yourself with an excess of estrogen in proportion to the progesterone, the cervical mucus will never disappear, and indeed it will continue to present itself as rather abundant, clear and stretchy even throughout the luteal phase. This is perhaps the symptom with which you are less familiar. You are more likely to know this excess of estrogen through other languages of his own. Irritability, apparently unmotivated tears, water retention, headache, breast pains are just a few examples. The excess of estrogen and the resulting progesterone deficiency are due to multiple causes. Most of the times you can re-establish balance through changes to your diet and routine. If you have a lot of mucus in the luteal phase, but no other unpleasant symptoms, then rest assured, everything is fine and you are just like that. Everyone is different, and if you feel totally fine, then you have no reason to worry.

The days go by, the mucus you see it, it is sticky, sticky, then creamy……. and then sticky again, until it disappears and never comes back until the next cycle. Highly fertile mucus (transparent, stretchy, etc.) is not just for procreation of babies. It is an indicator of health, harmony and balance, so it would be important to have it regardless of your family planning. As we have said, highly fertile mucus corresponds to high levels of estrogen, which occur in the days immediately before ovulation. Its constant absence cycle after cycle could indicate that the ovaries cannot produce enough estrogen. Do you often feel down? Do you have vaginal dryness and experience an annoying/painful feeling of friction during penetration? No libido? Are your breasts empty or your face wrinkled? It is possible that the answer lies in your estrogen levels being too low. Again, changes to your routine and diet are usually enough to solve the situation. And again, if you don’t have high quality mucus, but other than that you don’t have any other reason to complain, then everything is fine and that’s the way you are.

We’re dealing with candida or a vaginal infection here. Its bad smell is the main wake-up call. It requires prompt medical intervention, but the ambulance will not be necessary 😉

Below you can find our two videos subtitled in English.

World Health Organisation. WHO laboratory manual for the examination of human semen and sperm-cervical mucus interaction. Cambridge university press; 1999 May 13. 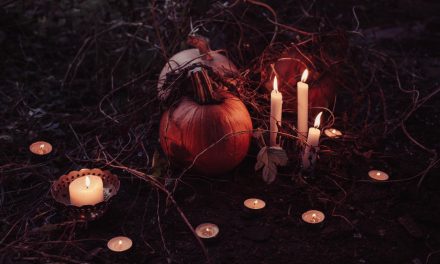 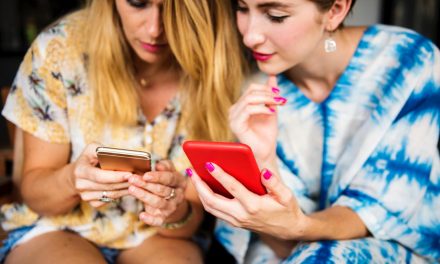 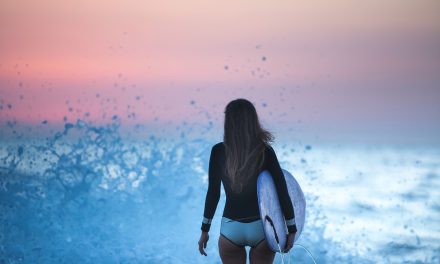 What is your basal body temperature telling you? 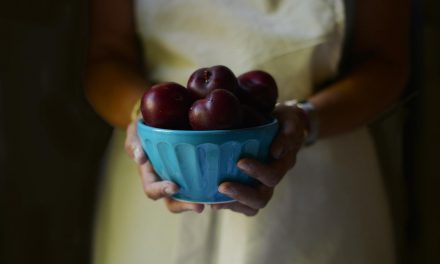 What seasons can teach us about the menstrual cycle. Applications of circular, regenerative design